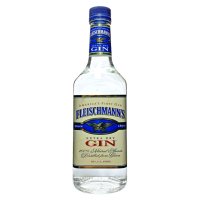 Charles Louis Fleischmann, along with his brother, produced Americas first commercial yeast product. He revolutionized baking bread in America. Founded in 1868, the very same plant became home to America first distilled dry gin and vodka. The label proudly declares itself Americas first gin, and why not? Surely our architecture cant compete with the half-a-millennia or older buildings that are routine across England, but its curious that James Burroughs 1876 founding of Beefeater earns him founding father status in gin history, but the Fleischmann brothers are mere footnotes. Fleischmanns Gin is as classic, and as old, as many of those, and yet rarely earns a mention in the same breath.